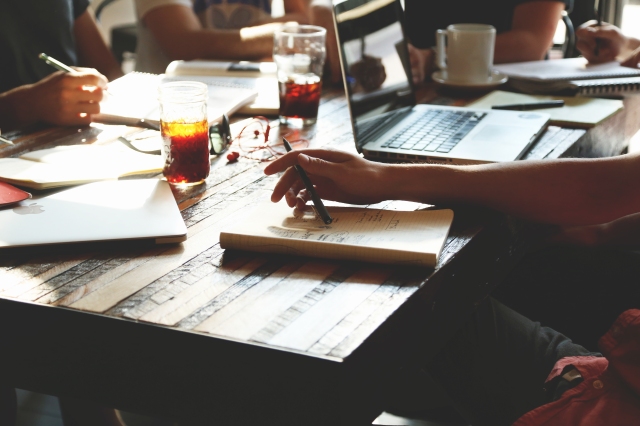 By now, you’re probably familiar with the term 360-degree feedback (If not, check out our handy guide here for an outline and some perks of introducing it into your workplace.)

If you want a feedback process that gets the best from your team and allows them to grow, 360-feedback is the way forward. It’s a collaborative process which eliminates issues that arise when only managers provide insight, instead allowing people to gain a more well-rounded view of their strengths, weaknesses and how they are able to develop within their team.

Feedback culture can also lead to higher levels of self-awareness. In reviewing their colleagues, people will have an increased awareness of how they perceive others’ workplace behaviours and performance, likely making them more self-aware and therefore better at evaluating and improving their own performance.

People’s motivation comes from knowing that their work is being acknowledged. If there is a consistent culture of constant real-time feedback in place, employees are likely to up their game at work in order to be viewed favorably, making them both more self-aware and more accountable for their performance.

Although as a manager you have a valuable insight into your employees’ work, their peers will undoubtedly offer a different perspective.

Peer reviews are effective in the sense that people’s colleagues hold a different awareness of their colleagues working styles, interactions and how they’re using their time. This is why 360-degree feedback works. It allows for input to come from a perspective that managers alone may be unable to provide. Gaining performance feedback from someone in another department that you’re currently working closely on a project with is actually likely to be more beneficial than that of your manager who may know little to nothing about the project and the work involved.

When peer evaluation is used alongside managerial feedback, an all-round view can be established; something which is highly useful for team members as they look to improve their performance.

A recent study from Globoforce found that 85% of those who already have peer feedback implemented as part of their performance review feel that they are more appreciated, with 88% also expressing more job satisfaction than those only reviewed by a single supervisor. Feeling such levels of satisfaction can lead to those who are happy and feel appreciated: these are the people that have more reason to exert themselves at work than those who feel undervalued regardless of their efforts.

Research has also found that peer relationships have a huge impact on people’s work lives. Peer camaraderie is the number one reason that people go the extra mile at work: people are more likely to exert themselves if there is a sense that it also benefits their colleagues. Employees that have good relationships with their co-workers, and value them as part of a team, are also likely to value their input and want to improve their performance based on their colleagues’ feedback in order to achieve a better working environment for everyone.

It’s also important to acknowledge the ways in which 360- feedback can assist managerial performance. Receiving both positive and constructive feedback from your team members can have hugely beneficial impacts. 360-feedback encourages employees to provide upward feedback on areas that they perhaps wouldn’t have felt able to express without such practices set in place. It’s a unique opportunity to gain new insight into your working style, skill-set, and the way you interact with your team.

Research has found 360-feedback to be incredibly beneficial for managers. Those who were originally rated low or moderately during upward feedback reviews showed improvements over time. In order for it to actually improve performance, however, 360-degree feedback must be met with follow-ups: the same research also established that managers who followed up and discussed their feedback improved more than those who did not.

Alongside 1-on-1 meetings to discuss manager-employee feedback for example, such follow ups could be implemented in the form of quarterly company-wide reviews to establish whether issues that arose have been resolved. This article from APA highlights the importance of following up feedback and the difference it can make.

Real-time, 360-degree feedback is a sure-fire way to improve performance in the workplace. It’s beneficial, whether from having the process implemented to improve people’s work ethic and sense of recognition or the specific feedback received providing people with insights and all-important goals to work towards. The argument for ditching the old-school process of simple manager to employee feedback in favor of the 360 is indisputable.

Using Impraise, you can ensure that feedback is shared amongst all team members, ensuring an open and ongoing conversation about progress and development, all without interrupting your daily work-flow. This is not, of course, to say that performance reviews and digital feedback should replace face-to-face interaction and conversations about progress. Instead, using tools like Impraise to support your current system with real-time, 360-degree feedback helps to create a more communicative, constantly developing and high-achieving team. 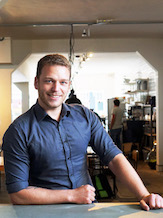 Steffen Maier is co-founder of Impraise a web-based and mobile solution for actionable, timely feedback at work. Based in New York and Amsterdam, Impraise turns tedious annual performance reviews into an easy process by enabling users to give and receive valuable feedback in real-time and when it’s most helpful. The tool includes an extensive analytics platform to analyze key strengths and predict talent gaps and coaching needs.